Russell Keith Dardeen, 29 was born June 22, 1958 and married Ruby “Elaine” Cowling Dardeen in August 1979 in Albion, Illinois. Ruby Elaine Cowling Dardeen, 30 was had their two children Peter and Casey. Peter Sean Dardeen, 3 was born July 5, 1984 and Casey may have only lived a few moments on November 18, 1987 when the entire family’s life would be taken away from them.

Ina is a small town with about a 2,300 population in Jefferson County, Illinois. As small as it is, this sleepy little town today includes a Love’s truck stop, Dollar General, Uncle Joe’s Restaurant, Ina Antiques & Collectibles, US Post Office, City Hall, funeral home, small cemetery and small schools. Of course we don’t forget the Baptist Church. 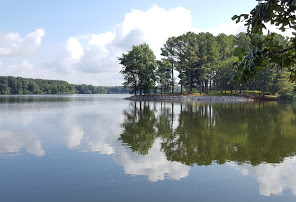 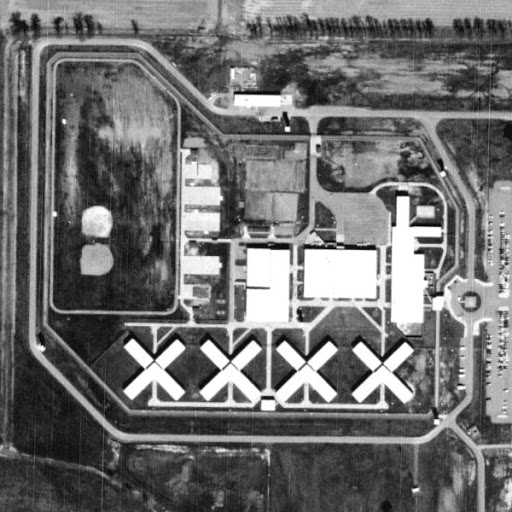 A Freight Rail Operation run across this sleepy little town of Ina, Illinois. From the beauty that comes from Rend Lake to the dismal Big Muddy River Correctional Center. The prison holds about 1,900 male inmates at this medium security facility.

Russell “Keith” Dardeen 29 worked as a water treatment plant operator at Rend Lake Water Conservancy District. He and his family lived in a light colored rented trailer parked in a big private lot.

November 18, 1987 Keith was a no-call, no-show which was uncharacteristic behavior for Keith not to report to work. Keith’s supervisor contacted his parents who had also not heard from him. That night the police were notified and approximately 6: 30 P.M. Keith’s father, Don Dardeen met with the police at the residence and brought the keys. Police entered the Dardeen family’s home thru the back door.

Keith’s wife Elaine, their three year old son, and their infant were found brutally murdered with a baseball bat that Keith had given to his son Peter.

Elaine was about seven to eight months pregnant with a baby girl they named Casey. Elaine was beaten so brutally by the killer(s) that she went in to labor. The killer(s) cracked her with the baseball bat on top of her head, fracturing her skull. The killer(s) then beat the newly born Casey to death.

Elaine was bound with duct tape and gagged. The killer(s) took Elaine’s body and laid her in their waterbed next to her dead infant, and dead three year old son, tucking them in.

Keith was still missing and not inside the residence.

The killer(s) took their time in the home. They attempted to clean up the crime scene.

The next day, Keith was found by hunters in a field about one mile away from the residence, also murdered. Keith had been shot three times. His penis was cut off.

Keith’s vehicle was found about eleven miles away parked outside the Benton Police Department. There was blood inside the vehicle.

Back at the residence, there was cash laying in plain sight, jewelry and a video camera. It seemed as though nothing had been taken. There was no sign of forced entry. The back door was unlocked. There was no evidence of extramarital affairs, drug dealing, financial debts or sexual motivation.

There were no tips that came in thru the years. I believe this was a random act, but the killer(s) had to have reason to have been in Ina.

Outside of Keith’s job at the water treatment plant was singing for the Church where his wife Elaine played the piano. With a three year old son and another on the way, this hardly seemed like a family with any sort of troubles that may have ever lead to their death.

Tommy claimed responsibility for the Dardeen murders. I don’t buy it. He said that he met Keith at a truck stop or maybe a pool hall. He said Keith invited him over to dinner and at some point offered Tommy to have a three some with him and his pregnant wife. He had changed his accounts of the Dardeen murders because he couldn’t keep his story straight. He said may he just saw the ‘For Sale’ sign on their trailer and found an opportunity. Liars can’t keep their stories straight.

Was any evidence ever found that Tommy was actually in Illinois at the time of the family’s murders? When he admitted to these murders did he accurately describe each victim, the vehicle, the location of the vehicle, the victims’ injuries and the inside of the residence?

Tommy was already going to prison for other murders. He confessed to 70 murders. As we have seen in the Henry Lee Lucas serial killer, Tommy may have simply bragged about murders whether he committed them or not. Whether it was to get special privileges or make him look like a bad ass, Lucas got incredible amounts of attention from people across the world, the media and law enforcement. He even got hundreds of letters from perfect strangers including crazy women that have a thirst to date a killer. I don’t think Tommy was any different.

Eventually he was executed in 2014 in Texas for his other crimes.

I think that Tommy as a suspect ‘made sense’. Sense because no tips came in; because it had to be a random stranger that fit the profile. No one that knew the family could have or would have hurt them. Someone to brutally kill this family couldn’t have been someone that the community knew. So while it sounded like the plausible suspect, in no way am I convinced. If the real killer(s) wanted to confess, they wouldn’t forget critical details or change their accounts of the night.

I don’t believe anything that jackhat had to say. However, the media back then on Lucas was large and in charge. Cops from across the country would line up just to talk to him. They wanted their cases closed, and Lucas was the one that would be able to do just that. Even his stories that did not match the evidence would somehow satisfy law enforcement, and these cold cases were closed.

His crime spree was about 1960 to 1983. He also claimed to be a homeless drifter living the transient lifestyle, going from state to state. You can watch his story (which is in fact fascinating somehow) on the Netflix documentary ‘THE CONFESSION KILLER”.

OTHER MURDERS IN THE AREA

There were about fifteen homicides in the Jefferson County area that had occurred within a two year span. One of them was of a teenager who killed his own parents and three siblings in Mount Vernon, Illinois.

I believe this was not a random act, but that the victims were random. I believe the killer(s) met Keith first and figured out where Keith lived before killing him. I believe they then quietly went to their house and began torturing and killing the rest of Keith’s family.

I believe the area was random and that the killer(s) were not known in the area because they had no ties to the area. I believe this is not their first or last killings.

I believe your killer(s) are drifters or transients, living a life where they travel for work or by choice, such as a circus, carnival, or hopping trains. This may also be the work of someone involved in Satanic worshiping.

Someone who enjoys killing and has nothing to lose. Someone with no car, but didn’t need anything from the Dardeens (like money or valuables). I do believe the killer(s) stayed inside the residence for quite some time (after the murders) feeling confident that no one would be coming to that home. They may even have taken a shower, watched TV or made a meal. No rush. No guilt. No regrets.

I’m confident that if law enforcement collected evidence properly at the crime scene, that the killer(s) DNA will be identified. The question is, has the DNA been run? In 1987 DNA was not what it is today, and now with a database of DNA, something should have hit.

Has there ever been an FBI profile made on this case?

My theory is different than that of law enforcement. Reports stated they believed it was their prime suspect Tommy. Reports state they believe he somehow met Keith at the Truckstop. One of the stories was Keith invited him to come over and have dinner. One of the stories was Keith made sexual advances on him at the truck stop. Law enforcement however remains firm in their belief that Tommy was the killer. Does this mean that this case is closed? Inactive?

Most important. Is law enforcement still working the case, and are they keeping an open mind on other suspects and other probable theories than the one they have stated in the past they believe?

The family still waits for answers. For truth. For justice.

I think of them often and pray they will get the answers, and that the killer(s) are revealed and forever kept off the streets.

My last thought... If it wasn't Tommy, then who was it?